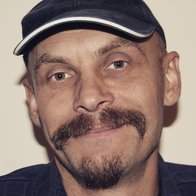 Jerzy, or George as he is known, was born in Poland and emigrated to Australia at the age of 29. Having a strong passion for sailing from a young age he began working at Ancora, a boatbuilding factory just outside of Kalisz, Poland. He completed his Shipwright’s Trade Certificate at The Chamber of Trades, a highly regarded institution in Gdansk, Poland. His passion for boat craft after moving to Australia continued and he has worked at several shipyards and boat factories, across South Australia.

George’s passion for boating extends to all water-based activities. From a young age George enjoyed building highly detailed model boats and was an active member of a local sailing club. He joined the Polish Navy and scuba diving was part of his work.

He is highly motivated and uses his initiative and determination to fulfill extremely ambitious goals. George has sailed much of the Baltic Sea, as well as travelled to Africa, building infrastructure and assisting in agricultural efforts for the Afar people of Ethiopia. George currently lives in Adelaide, working as a shipwright at Port River Marine, where he now resides with his wife and step daughter.